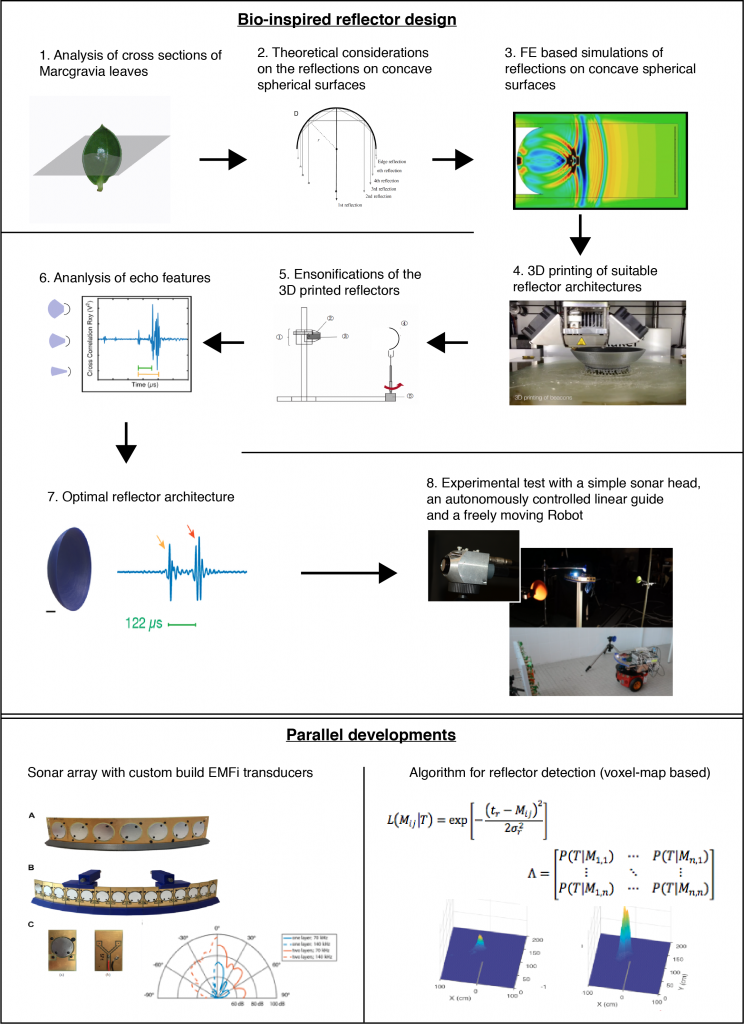 We approached the design of the reflectors in a stepwise process:

In a parallel process we developed a sonar array with optimized EMFi transducers and the voxel map based detection algorithm.

Data and code described in the paper are publicly available at https://github.com/GitRaSimon/BioSoR